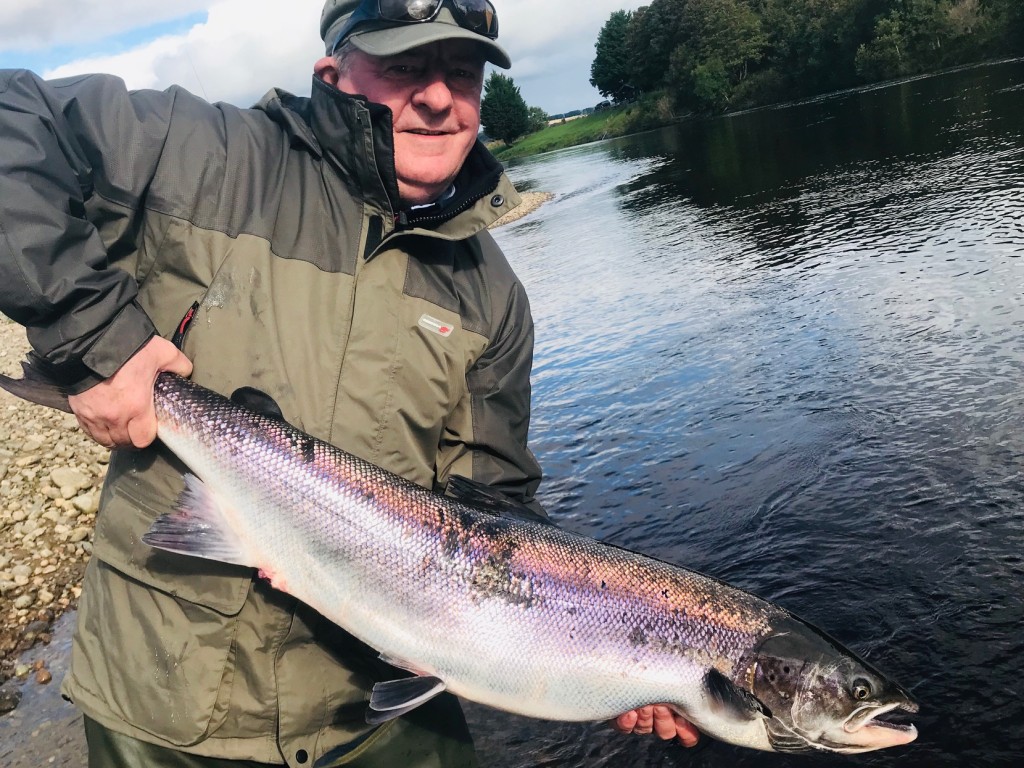 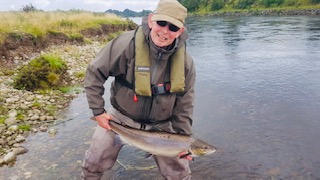 Tony Griffiths with his 14lbs. fish on the 9th of September 2019 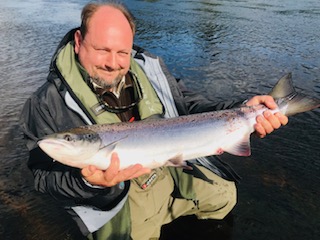 On Tuesday the 3rd of September this lovely 17lbs. salmon was caught and safely released by Mr Rob Hills; well done Rob! 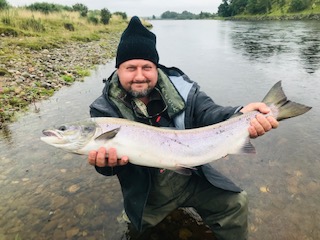